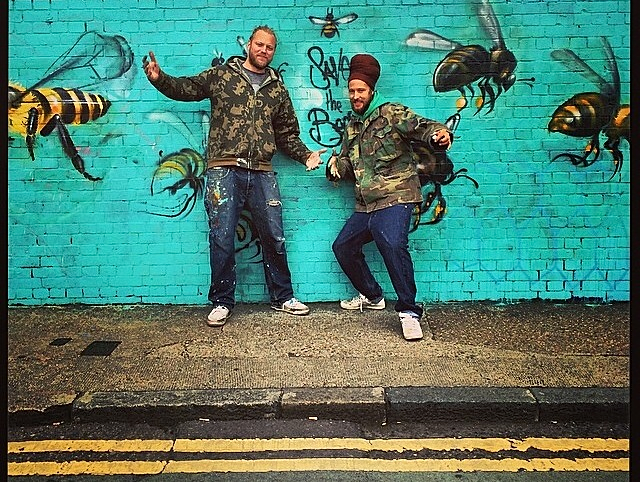 Giant chemical company Bayer just tried to sue Friends of the Earth Germany over its claims that a pesticide called thiacloprid harms bees. They lost.

The German judge ruled in Friends of the Earth Germany’s favour, saying that they had a right to speak out on this particular pesticide as an issue of public interest. But thiacloprid is still on sale in Germany, and it is on sale to farmers and gardeners here in the UK.

Please email the Europe’s Pesticides Commissioner and ask him to remove thiacloprid from our
shelves and stand up to chemical giants on pesticides.

In a separate legal case Bayer and pesticide firm Syngenta are using the courts to try and overturn Europe’s current ban on three other neonicotinoid pesticides. Each were found to pose a “high acute risk” to honey bees by Europe’s independent scientific advisors.

Evidence is stacking up about the danger to bees from neonicotinoids. But Bayer, one of the world’s biggest chemical companies is still saying they are safe for bees.

Please can you email the Europe’s Pesticides Commissioner to say that you support strengthening the
ban on neonicotinoid pesticides in Europe?

We need further action to ensure bees are safe from all dangerous pesticides. If we ask the Pesticides Commissioner to defend bees he’ll know that there’s wide support to strengthen the existing ban and get thiacloprid out of our fields and off our shelves too.

Together let’s speak up for bees and keep them safe from harmful pesticides and make sure they have safe places to thrive.

Best wishes, Siôn and the Bee Cause team

A rather shocking letter from sumofus.org:

A company on Bayer’s payroll has just demanded we retract our campaign against bee-killing pesticides.

If we don’t, they’re threatening to sue us.

But we won’t back down in the face of blatant intimidation. In fact, we’ll do the exact opposite. It’s more important than ever that we get the word out to let the world know that Bayer is killing the bees.

Can you chip in £7 to fund a huge online ad campaign to stop Bayer’s bee-killing pesticides, and show we won’t be silenced?

Bees are dying by the million — so what is Bayer, one of the world’s biggest producers of bee-killing pesticides, doing about it?

It’s paying scientists to do bogus research claiming that its pesticides aren’t actually harming the bees at all.

These are the same dirty tricks that the oil industry uses to attack climate science and that the tobacco industry used to deny that cigarettes cause cancer.

But we’ve got a plan to make Bayer’s lies backfire. We’re launching an ad campaign calling out Bayer for its lies — so that consumers know that buying Bayer products means funding the global bee die-off. Will you chip in £7 today?

If enough of us chip in, we can hit Bayer where it’s vulnerable — using heavily targeted, sophisticated online advertising to reach out to key audiences of consumers, gardeners and scientists that Bayer is trying to woo. Even a small donation can help us reach thousands of people with our message. And when people hear what Bayer is doing, they’re shocked. If we raise even more, we can even work to take out ads in local media where Bayer is located.

Bayer’s spin machine is absolutely shameless. Not only is it paying phony experts to attack the science, it’s also launching a slick PR campaign to distract the public.

For the last two years, it has hosted a “Bayer Bee Care Tour” and opened two “Bee Care Centers” in Germany and the U.S. to delegitimize the science showing that its chemicals are killing bees.

Bayer has even produced a children’s book called “Toby and the Bees,” which tells kids that Bayer’s pesticides aren’t the reason bees are dying.

But we can make all this backfire on Bayer by simply calling Bayer out and making sure consumers know what the company is up to. Every time the company organizes a phony “bee care” event or releases a bogus study, we’ll use social media and hard-hitting ads to call Bayer out.

That way, all Bayer’s PR money will accomplish is to draw attention to the fact that it is killing bees — putting pressure on the company to pull its bee-killing pesticides off the market. Will you chip in £7 to help get this campaign off the ground?

An EXTRAORDINARY collection of
documentary films. Go look
and subscribe.